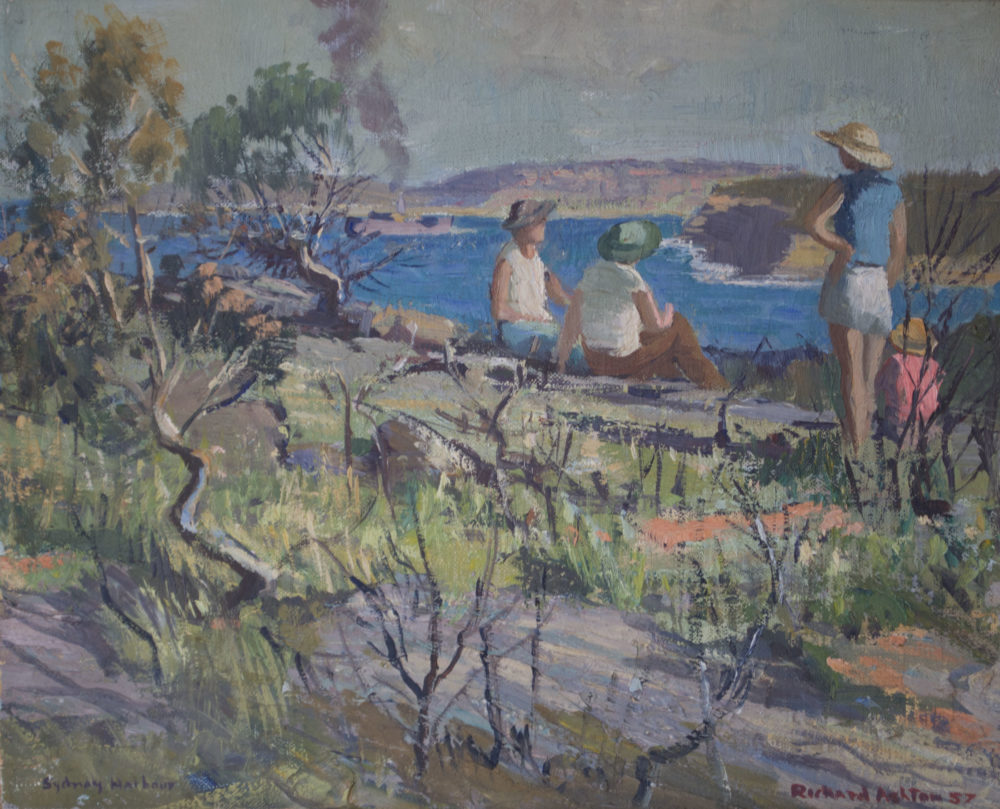 oil on canvas laid to board

Born in New South Wales in 1913, Julian Richard Ashton is the son of Julian Howard Ashton. Principally a landscape and seascape artist, he was appointed an official war artist during World War II. After the war he was art and publicity officer of the New South Wales department of Tourism and Immigration. In 1963 he became principal of the Julian Ashton School. His work is represented in the Art Gallery of New South Wales and the National Gallery, Canberra.