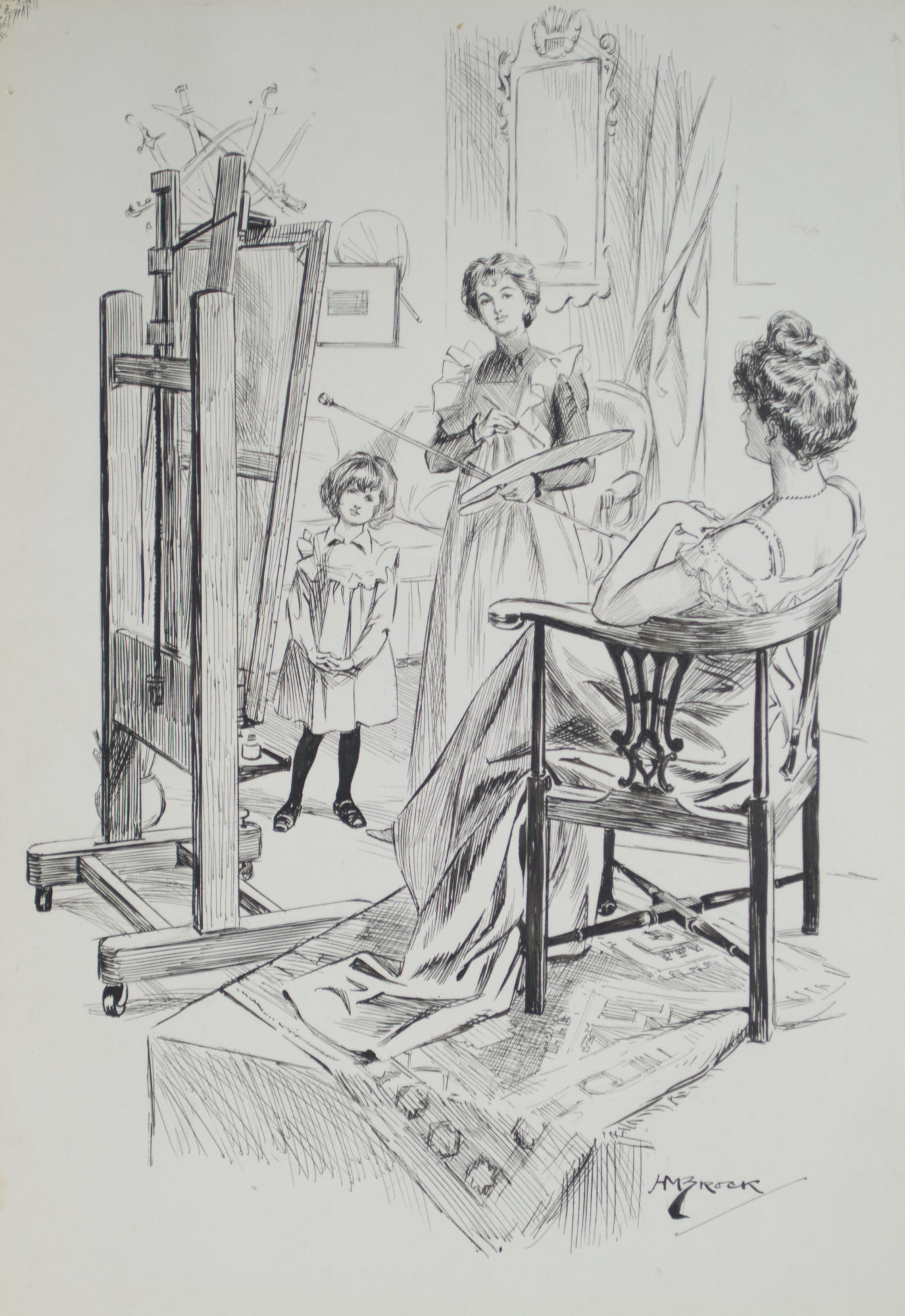 inscribed along the bottom edge Private Bobs and the New Recruit. Chap I Page 3 – In the Studio

Henry Matthew Brock (11 July 1875 – 21 July 1960) was a British illustrator and landscape painter of the late nineteenth and early twentieth century.

Most of Brock’s illustrations were for classic Victorian and Edwardian fiction. He also did a great deal of work for the D’Oyly Carte Opera Company for whom he produced posters and other advertising materials. During his artistic career, H. M. Brock regularly exhibited his drawings and watercolours at the Royal Academy and the Walker Art Gallery in Liverpool. He became a full member of the Royal Institute of Painters in Watercolours in 1907.