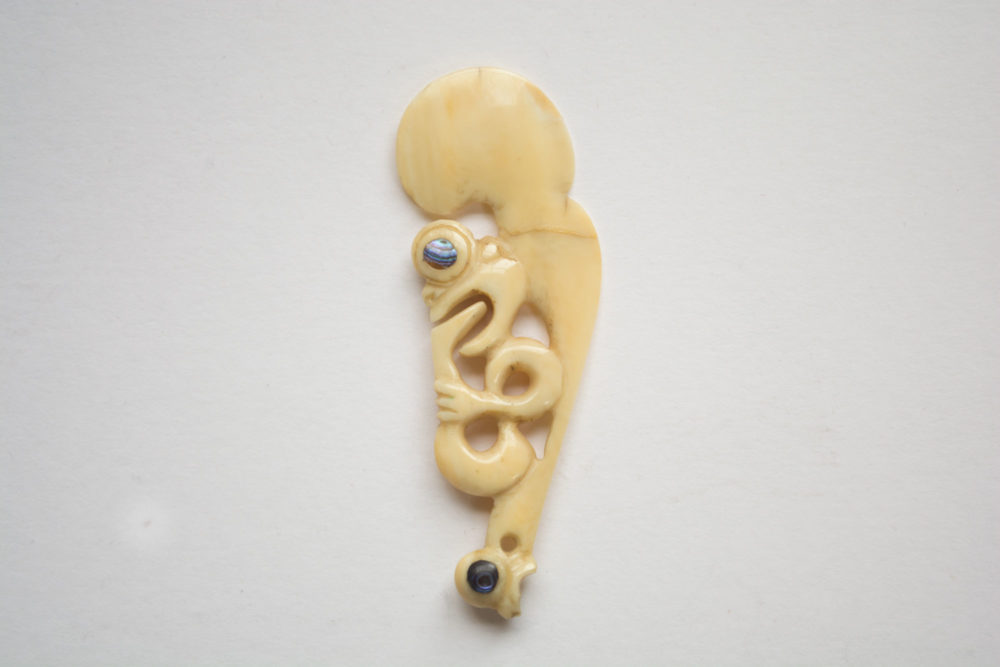 According to Charle Mack (Wardwell 1994, p 218), ‘This form of short club with the broad tongue-shaped blade is unique to New Zealand. Its name, wahaika, is literally translated as “fish mouth”, a reference to the shape of the blade. Such clubs were used for combat and in dances, during which they were brandished in mock battles. In battle, they were employed in thrusting and jabbing motions, the end, not the sides, being the part that inflicted damage. They were also important elements of chiefly regalia that were carried in the belt when not held in the hand. These figures represent mythological ancestors (Simmons 1984, p. 188, no. 45). The hole at the base was for attachment of flax suspension cord that was looped around the writs.