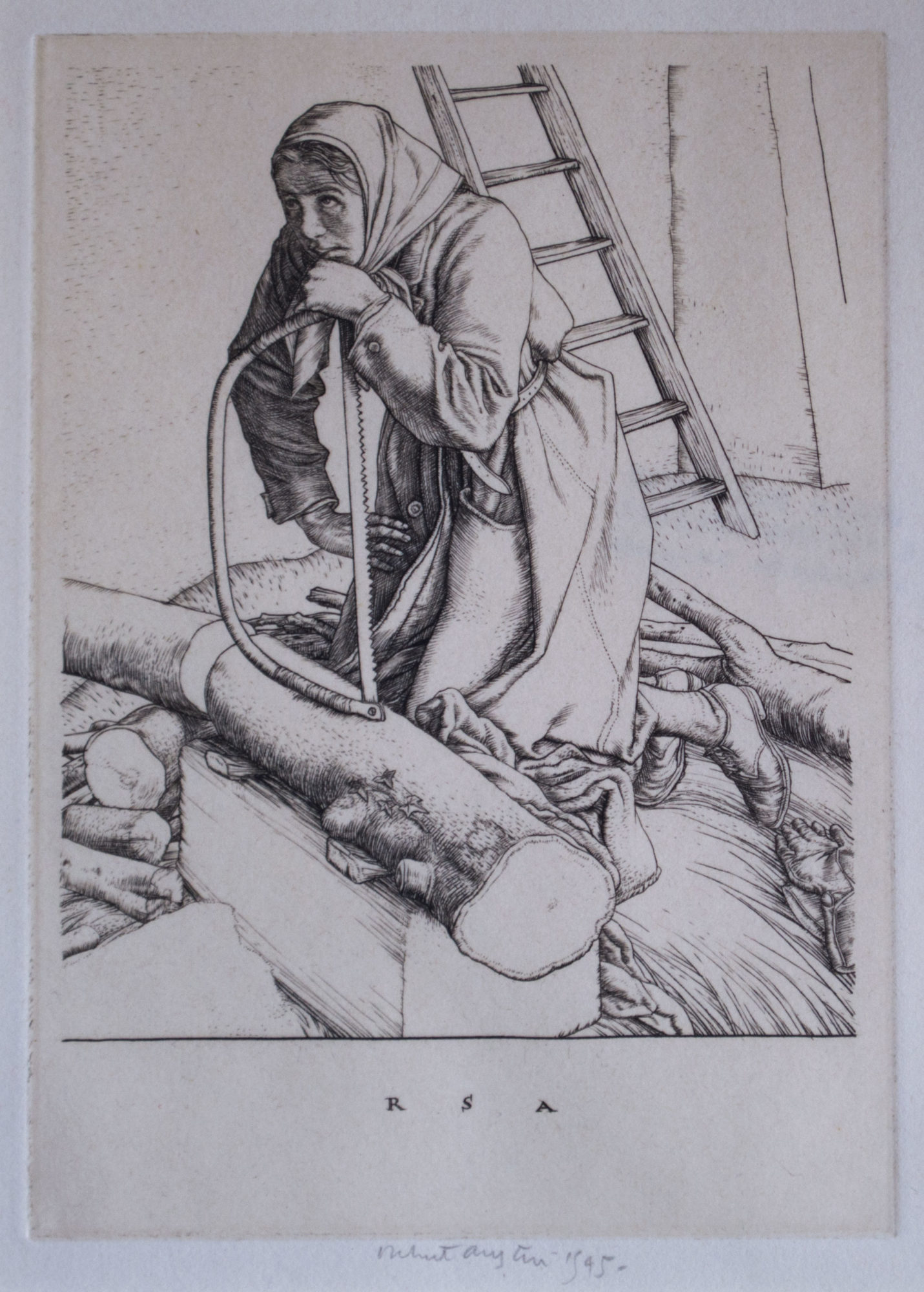 Purchased by the previous owner from Abbott and Holder, London on 11 May 1996 – titled as Irish War Widow.

The subject of this meticulously handled image is evident in the title – hundreds of thousands of women were widowed during the Second World War.  This engraving was made after the publication of Campbell Dodgson’s catalogue on the engraved works of Robert Sargent Austin and has been listed variously under the titles of Woman with Saw, Widow of a Hero and Hero’s Widow – it was under this last title that the plate was issued as the presentation plate of the Print Collectors’ Club at the end of 1944.