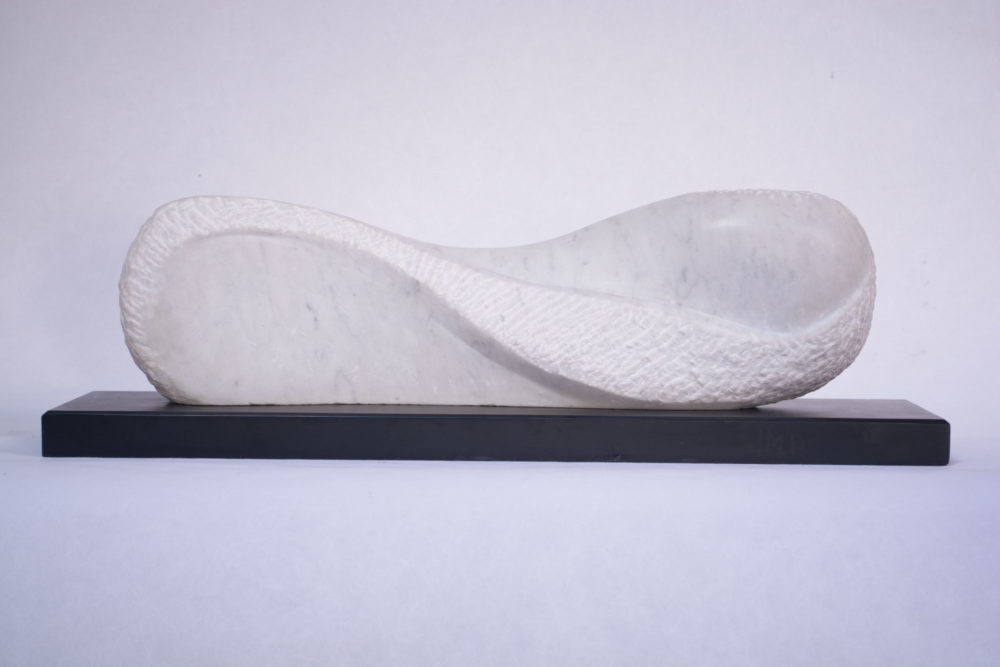 unsigned, named and titled to the underneath

Yoma Sasburg was a sculptor and professional ballet dancer, born Johanna Margaretha Sasburg. She married Edward Clifton Parker, a composer whose prolific output included music for over 50 films including the Blue Lagoon and The 39 Steps. She trained at Newton Abbot College of Art where she studied sculpture under David Weekes and later became a founder member of the Devon Guild of Craftsmen. Her work has been sold at the Whitechapel Gallery and the Casson Gallery, and she received many commissions.